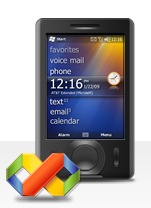 Critics talk about Microsoft getting in late to the app market but that also works in their favor. The history of previous successes and failures are identified and one thing they know is a marketplace is only as good as the apps they bring. It’s not just about releasing an SDK and opening the doors hoping the apps will come – it’s about developing and fostering a great community.

This is why Microsoft is reaching out directly to the developer community to answer questions, take advice and really ignite some innovation with the new OS—plus developers are able to get in on the ground floor with the backing and support of Microsoft. They are taking a unique hands-on approach to reach out and really inspire the mobile developer community with WinMoDevCamp, a free series of Barcamp-type events around the world. The first one is set for Seattle on August 19 and more to be announced soon in Austin, London, New York, San Francisco, and Singapore.

These camps will help bring the news to the developers and give them a first-hand look and valuable information to get an early leg up on the upcoming Marketplace.