The HTC HD2 is an incredibly popular phone, and even though it’s been on sale for a while now, a lot of the genuine HTC accessories for it are only just making their way onto the shelves. Last month we saw the release of the long awaited HTC HD2 Car Upgrade Pack, and this month we’ve finally managed to get our hands on the HTC HD2 Extended battery. If you’ve pre-ordered one from us, then it’s good news, yours is on it’s way and should be with you in the next day or two. If you haven’t, you’ll need to be quick as these are selling fast. I managed to get my hands on one very briefly in order to write this hands on review, but it wasn’t long before that was being reclaimed by the warehouse team!

There’s not a lot you can say about a battery so I’m not going to. It’s a higher capacity battery – 2300mAh compared to 1230mAh in the standard battery, which should in theory almost double the battery life of your phone. It’s almost three times fatter than the standard one though which is why you get a replacement back cover included with the battery. 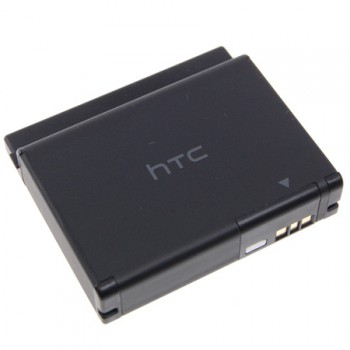 The back cover is what makes this bundle so interesting. Instead of just making it a bigger cover, HTC have built in to the back cover a fold away kickstand.

The back cover is styled exactly the same as the standard one. It’s the same finish, with the exception of the kickstand which is has a brushed metal finish. The kickstand folds away flat into the back of the cover and is spring loaded to prevent it from coming out when it’s not needed. 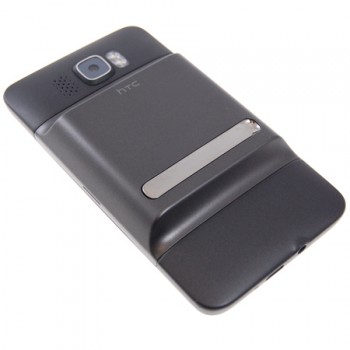 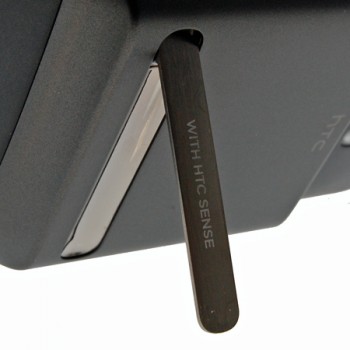 Kickstand folds away when not needed

The kickstand is perfect for watching videos or flicking through your photos in landscape mode. HTC do state that you can use the stand in portrait mode too, but I found it to be a little unstable and at the wrong angle for comfortable viewing – having said that, I can’t really see anyone settling down to watch a movie in portrait mode, so can’t see this being a problem.

Get your battery from here.