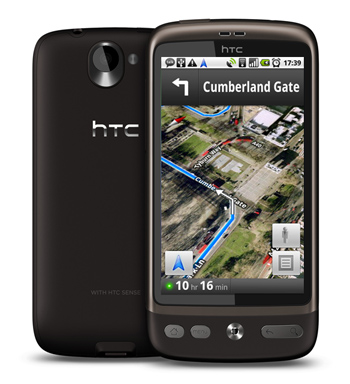 f you’ve been waiting patiently for a decent, free Sat Nav app for your HTC Desire, Sony Ericsson X10 or any other Android handset you’re in luck as Google have rolled out an update to their Maps application that provides full turn-by-turn navigation on your phone.

Google Navigation has been available for a while in the United States, but Google only flipped the switch for UK customers last night and while most of your were sleeping, your phone was hard at work updating itself.

Google Navigation is available on all Android devices that are running Android 1.6 or higher – regardless of manufacturer.

Handsets that should have received the update include: